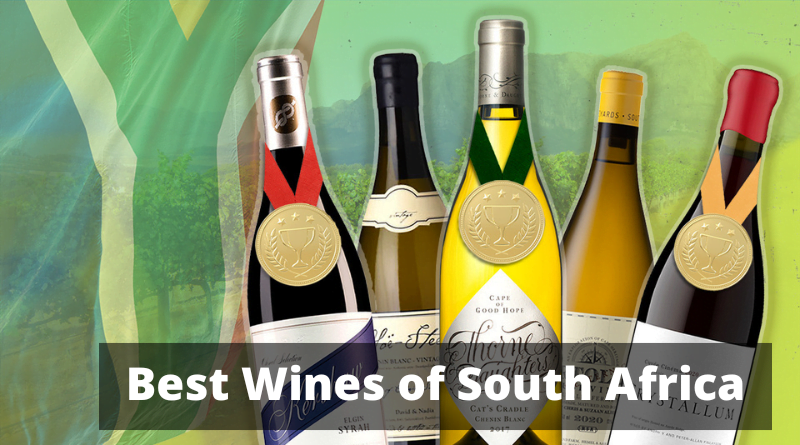 South Africa is no stranger to the allure of some of the best wines worldwide. Being the eighth largest global wine manufacturer, South Africa provides more variety than most wine-producing countries. From the sweet feeling of the Shiraz wines to the tasty Sauvignon Blancs, there’s plenty to enjoy from their vineyards.

Having some of the most prominent wine-producing areas in Africa, they boast of a massive trade volume between other African nations and the rest of the world. Hence, more flexible payment methods like cryptocurrency are being used for transactions. For example, crypto traders can use their Ethereum wallet and other digital currencies to make payments for wine shipments across international borders. As with all top wine-making countries, South Africa has to adapt payment methods and people’s tastes, making them produce some top-shelf wines. So what are the best wines from South Africa? This article gives all the details about that and more, so let’s begin.

Some Wine Producing Regions in the Country

The “Winelands” of South Africa are among the most attractive wine-producing locations worldwide. Towering landscapes defined by beautiful mountains, rocky beaches, and genuine hospitality have made the country a top destination for wine enthusiasts. With vineyards growing for generations, South African wine is a mix of Old and New World tastes.

The major wine-producing vineyards are located in the Cape’s southwestern region, which the Mediterranean climate resembles. The best wines manufactured in the country are linked with regions such as Franschhoek, Stellenbosch, Swartland, Paarl, and Walker Bay. Wines like Cinsault, Shiraz (syrah), Cabernet Sauvignon, Pinotage, and pinot noir are the most popular red wines.

Although there are many excellent variations of sauvignon blanc, Chenin blanc remains the white wine of choice. Prices vary, but it is still feasible to acquire a very nice wine in South Africa for less than £10. However, the more costly options provide equal and excellent value compared to their European rivals.

The Top Wines of South Africa

Despite its deep history, South Africa is still an evolving wine region. Below are some of the best wines to buy in the nation.

Starting the list is a red wine grape, South Africa’s signature variety, the Pinotage. Created through a cross between Pinot noir and Cinsaut, it combines their desirable qualities to form an all-around quality wine. Some complain about its varnish-like acetone aftertaste, but it is regarded as one of its sterling properties by several wine enthusiasts.

This variety, however, offers a smooth, dark-red fruit flavor with a somewhat signature smoky scent. If you enjoy Pinot noir, this Pinotage will take you further on that path of bliss.

The Rupert Optima is a robust and mature red wine produced on the west coast region of Swartland. It is a Bordeaux wine blend made from 30% merlot, 41% cabernet franc, 28% cabernet sauvignon and 1% petit verdot.

With dried and spicy berry flavors, plum, and black cherry taste, it’s no surprise that it is one of the best wines on the market. It is a top-shelf wine from the famous L’Ormarins winery, and its name remembers Anthonij, the brother of its famous producer.

The Cinsaut was historically a significant grape variety in regions such as North Africa, Lebanon, and France. After a fallen reputation that involved being limited to a component of a wine mix, it has made a comeback in Stellenebosch’s, South Africa’s second-oldest cinsault vineyard.

The grape was first cultivated in 1952, characterized by its scanty and low-yielding nature. With just about 620 bottles of the 2017 vintage available, it has become a rare wine specimen. Those who are fortunate enough to drink one discover the exquisite and slender red wine taste and its red fruit flavors.

The Warwick Cape lady is a Bordeaux variety of cabernet sauvignon from the prestigious Warwick Estate winery. Found on the slopes of the Simonsberg Mountain in Stellenbosch, South Africa, it possesses blackberry and dark cherry flavors.

Thanks to grapes from younger vineyards and an intricate wine-making technique, its flavors are accented by undertones of licorice and chocolate and velvet-like tannins. It’s sublime to drink, and at just under £10 a bottle, it’s the ideal complement to any meaty meal.

With an intriguing label, this wine is a full blend of five different Swartland wine varieties. They include the grenache, shiraz, cinsault, cabernet sauvignon, and a touch of viognier.

Together, they produce a robust red brimming with black fruit flavors and appealing tannins. The wine-making skill of Marc Kent can be experienced in every sip of the wine. To unlock its full flavors, open it and allow it to breathe for a few minutes before serving.

The Breede River Sauvignon Blanc is made by Johan Gerber exclusively for Tesco. Breede River is one of the Western Cape’s leading wine-producing regions in South Africa, producing this crisp, refreshing, and flavorful sauvignon blanc.

This Sauvignon Blanc variety pairs well with salads and light fish meals because of its distinctive gooseberries and tropical fruit taste. It is also one of the best wines for beginners because of its soothing, gentle taste. The Breede River sauvignon blanc is best drank moderately cooled as an appetite-stimulating aperitif.

This wine was developed by a winemaker called Peter-Allan Finlayson. His father-in-law founded the Gabrielskloof estate in Walker Bay in 2001, hence the name. This wine is created from Syrah grapes planted on shale in a massively aerated vineyard, allowing the vines to grow to their full potential.

Farming measures like fertilizer application, insecticides, and weed killers are used sparingly, resulting in a purer red wine full of blackberry and blackcurrant flavors. The finished wine has a brilliant taste, with notes of herbs and spice and a velvety finish.

These are some of the best wines money can buy from South Africa’s rich vineyards. The Rhebokskloof Pinotage is an exquisite example of South Africa’s hallmark red wines. Others like the Swartland red and the Cabernet Sauvignon are also worthy contenders. Whatever your delectable wine tastes are, you’ll be spoilt for choice as you dive into all the robust tasting wines the African Nation offers. 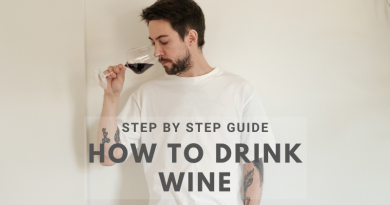 How to Drink Wine : Step By Step Guide 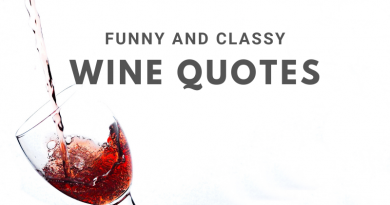