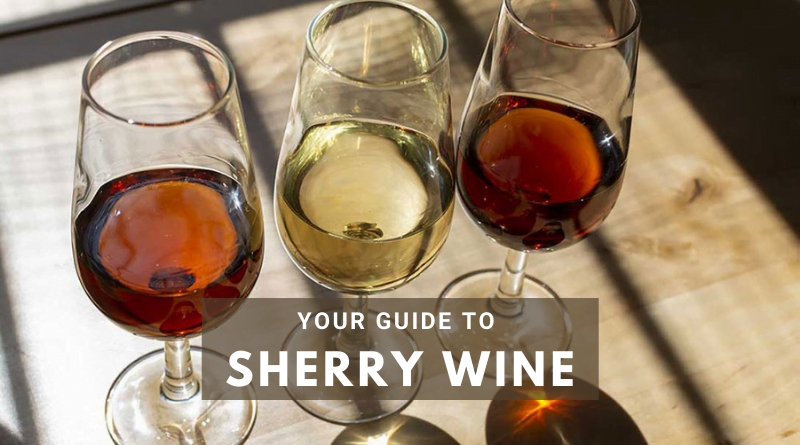 For some years, Sherry wine has earned some negative reputation for itself. Some mocked at it the parties whereas some feel it like not so enjoyable. Therefore, whenever it’s time to think of complex and refined wines, Sherry is not considered among the top wines.

Nevertheless, all the things stated above are not entirely true. Sherry has many things to offer to the new generation of wine lovers. This article will discuss the matters all should know about the Sherry wine so that wine lovers can have Sherry cocktails and pair them perfectly with the right food. Let’s get started:

What is Sherry wine?

Sherry is a fortified wine that originated in Spain. It is often considered a sweet wine, and it was created as a dry wine. In recent times Sherry wines have been made sweeter to create the dessert wines, and wine lovers know this sweeter version more. This wine which is used for dessert, is known as the Cream Sherry.

Sherry has high alcohol contents that are from 15% to 22%. So, it can be consumed at the starting or end of a meal like port. Nevertheless, Spanish wine lovers would love to have a lovely glass of Sherry at the side of their feast plate.

How is Sherry wine made?

The making process of Sherry follows the same procedure as other wines. The grapes are crushed, fermented, and matured to make the wine. Nevertheless, due to its utterly different taste, winemakers need more effort than other wines. Due to that effort, this wine tastes marvelous.

From the crushed grapes, the creators form an initial white wine through fermentation. Then the fortification of the base white wine is performed means more alcohol is included with the base wine. Then the winemakers keep the wine into the barrels for the maturing process.

While the wine is in the maturation process makers, include yeast with it. This process is regular while preparing wines because the yeast transforms sugar into ethanol and makes it alcoholic. Nevertheless, yeast plays a significant role in the making of Sherry wines.

Yeast transforms the sugar with time, and its cells eventually die and come on top of the casks. These dead yeast cells are called “flor yeast.” The dead yeast cells create a layer that is an obstacle for the wine, and it can’t aerate.

Many sherries are made under this “flor,” but some types of Sherries are provided the chance to aerate. However, exposition to air may destroy the taste of Sherry in some cases, but it is better for some as it tenderizes the tannins and unveils the nutty aromas.

There are various types of Sherry wine like other loved wines of the world. Sherry is consumed and enjoyed in multiple forms, which are different in tastes from each other. This is possible because of the various ways of winemaking and the variety of maturing processes.

In Spanish, Fino means “refined.” It is the most frequent type of Sherry. This is the driest Sherry wine among the others. This type of wine can be enjoyed best at an early stage between four to seven years.

Manzanilla means “chamomile” in Spain and is another variety of Fino because they are created in a similar process. Nevertheless, this type of wine is made in a particular part of Southern Spain named Andalusia.

Manzanilla is a dry wine and very close to Fino. It receives its name due to the taste of the chamomile flower.

Amontillado was a Fino at the beginning of its making. But afterward, it was refined and changed into fine quality and became a darker version of Sherry. This is a sweet wine, but the sweetness can be added to it at the time of the making process.

Palo Cortado Sherry is a scarce variety of Sherry wine. It is rich in sweetness and crisp in dryness.

Oloroso is dark and rich Sherry with a high ABV percentage (17 to 22% alcohol contents). These varieties can be kept for a long time foraging. Therefore, it becomes complex with the flavors of plenty of spices.

How to pair Sherry Wines?

It would be better to pair uncomplicated young Sherries (Fino, Manzanilla) to pair with foods full of umami aromas. Dishes like toasted nuts, a bowl of olives, and some cured meats go perfect with Fino and Manzanilla.

Maximum young and uncomplicated Sherries taste like white wines and can be paired with the foods that complement white wines. On the other hand, complex and adult sherries resemble red wines in taste. Therefore, there should be rich, creamy cheese or a chocolate mousse while having aged Sherry wines.

How to serve Sherry?

Sherry wines are high in alcohol and flavorful. So, it would be best to serve this wine chilled in small Sherry glasses. A three-ounce peg is the perfect amount of wine to have in a glass.

Sherry tasted the best when served alone, but Sherry wine is essential for creating many cocktails. You can make a Sherry sour by adding a rich wine with egg white, ice, sugar, and lime juice and blending them in a cocktail blender. 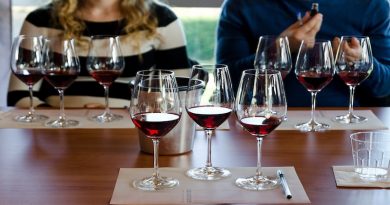 8 Basics Of Wine Tasting For The First Time 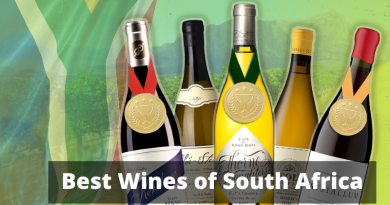 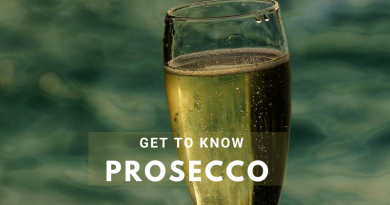 What is Prosecco Wine and Top 5 Brands